2,031 Reviews | Washington DC, USA
Share
Save to Wishlist
When are you traveling?
Filter
Popular Clear
Badge of Excellence This experience is highly rated by travelers and has met our top quality standards.
Search tours and activities with increased health and safety practices.
Price Clear
$0 $500+
Rating Clear
Duration Clear 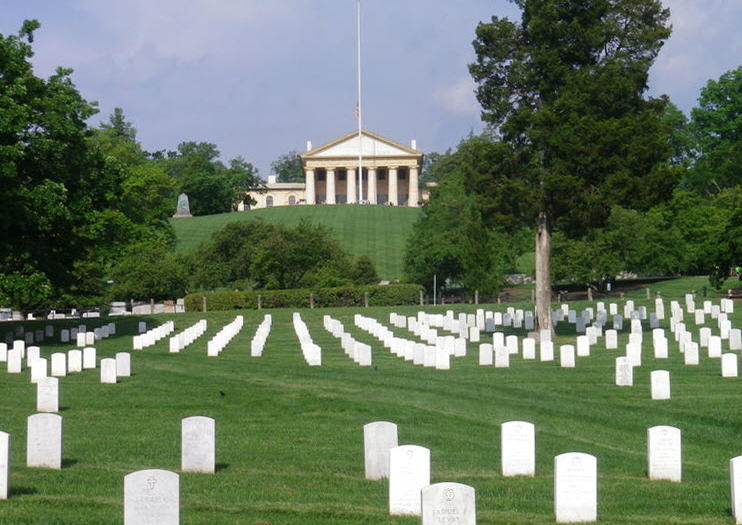 Arlington National Cemetery dates back to the American Civil War, providing the final resting place to over 400,000 servicemen & military who fell during the Civil and subsequent wars. Established on the grounds of Arlington House, the land was originally owned by Mary Anna Custis Lee, wife of General Robert E. Lee and great-granddaughter of Martha Washington. The subject of a government tax sale in 1864, followed by restitution to Custis Lee (eldest son of Robert E. and Mary Anna) in 1882, the land was sold by Custis Lee to the US government in 1883.

In this tranquil environment you can pay your respects to the many soldiers, military commanders and political leaders who lost their lives serving their country. Arlington cemetery also contains many memorials and monuments such as the Pan-Am 103 Memorial Cairn & the Space Shuttles Challenger and Columbia Memorials. Visit the gravesites of President John F. Kennedy and Audie Murphy, Hollywood actor and most decorated soldier of WWII with over 30 medals, including the Medal of Honor & Purple Heart.

Having absorbed the beauty and peacefulness of the cemetery, you can then explore the former home of General Robert E. Lee at Arlington House. This is an historical, educational & nostalgic trip through America’s remarkable history.

Important Note: Arlington National Cemetery is the final resting place of many servicemen and their families. Care must be taken to respect and protect the graves and surroundings.